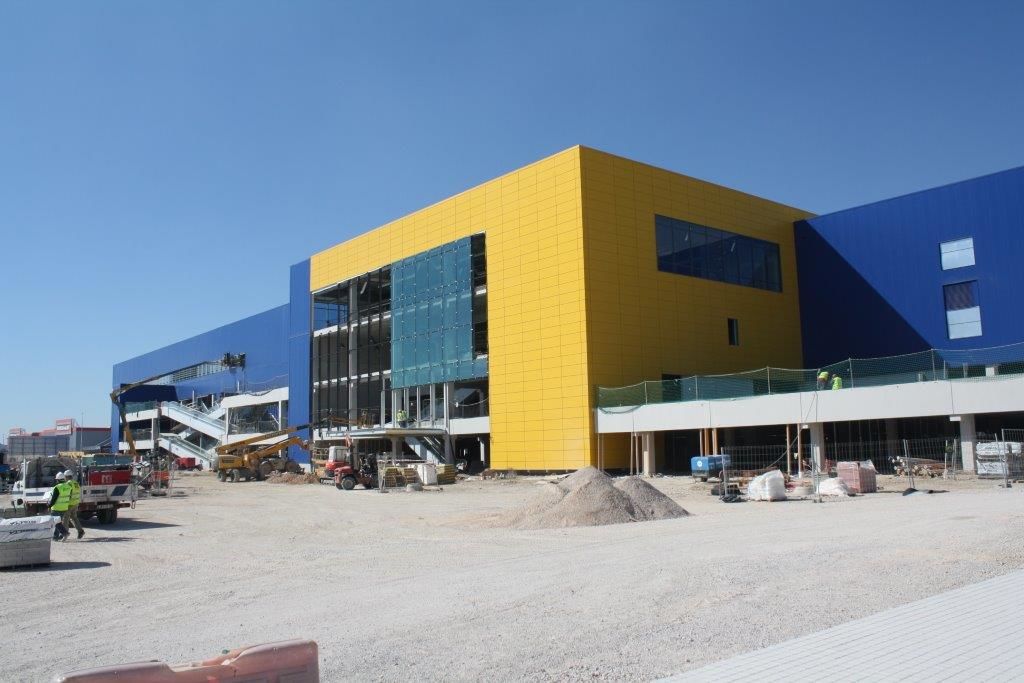 The Swedish furniture giant IKEA, opened a new outlet in Valencia, Spain, last year. The premises are IKEA’s biggest store in Europe, and the sixth outlet in Spain, which has been built using Peikko’s Column Connections.

The Swedish furniture giant IKEA’s newest store in Valencia, Spain is the chain’s largest retail premises in Europe at the moment. The store, which opened in June 2014, is a complicated structure covering some 90,000 square meters (970,000 ft2). Many different types of concrete connections were used in the building of the huge precast multistorey frame of the structure. As Valencia is located in a seismic region, the store was constructed also following regulations on earthquake-proof buildings.

IKEA Valencia is the sixth IKEA store in Spain where Peikko’s connections have been used. In addition to IKEA, the company’s previous projects in Spain include premises for several large retailers like Decathlon, Leroy Merlin, Media Markt and Brico Depot.

For IKEA Valencia project, Peikko delivered approximately 5,000 Column Shoes and their corresponding Anchor Bolts. The connections were used in the foundations of the building as well as in the rigid connections between columns and beams.

The precast company of the IKEA Valencia project was Precon, of the global Cementos Molins Group and one of the most prominent companies in the Spanish construction sector with several factories in the country. Precon completes approximately 350 projects in Spain each year.

Precon’s and Peikko’s cooperation goes back to 2001 when Peikko Spain was established. Over the past 14 years, the two companies have cooperated on numerous projects, such as offices, shopping centers, cinemas, water tanks, pipe racks, and industrial and logistics buildings for large customers like IKEA.

Precon’s Technical Director, Miguel Ángel Santos, told Concrete Connections, the company decided to use Peikko’s products in IKEA Valencia project because of their safety and quality.  “We chose to use Peikko’s products also in this IKEA project because they are of very high quality and come with technical guarantees and quality certificates. Peikko has a wide range of precast connections, good technical service and logistical solutions – also at the global level,” Santos said.

Complicated structure in a seismic location

At IKEA Valencia, there are various structural areas, communication galleries, designed with large overhangs or cantilevers, which meet strict technical requirements of deformations. The columns in these are very rigid, and their measures vary between 60 x 60 cm (1.9 x 1.9 ft) and 60 x 90 cm (1.9 x 3 ft). The communication stairs structures are executed with solid prefabricated wall panels and rigid joints that transmit forces through them, forming a rigid stair shaft that stiffens the building.

In addition to the complex structure of the building, Valencia’s location in a seismic region, made the project rather challenging. Construction partners minimized the combined effects of a potential earthquake, which could result in deformations, pressure, and efforts within the building, by designing one of the floor slabs of the building as hyperstatic. Peikko’s products matched the needs of the project also because of their seismic abilities. Peikko’s Column Connections have been proven to function safely under seismic conditions by a research and development projects the company conducted with several universities and institutions in different European countries over the past years.

During a complicated construction process, smooth cooperation and coordination between all parties is of utmost importance, Santos said. “The planning of IKEA Valencia was a rigorous and thorough process, having eight phases of work - manufacturing, logistics and assembly – overlapping,” he said.

The sheer size of the premises and all the different phases of planning makes the project unique. “It is difficult to compare this kind of a building to any other constructions from the civil engineering point of view,” Santos noted. “In this type of construction of great volume, all phases of planning become the greatest cornerstone of the implementation. All industrial actors have to be so very coordinated in the long chain of assembly. Any setback in one of them causes delay in other parties’ tasks,” he explained.

Enrique Hernández, Managing Director of Peikko Spain, agreed and noted Peikko was involved in the project from its design phase on. “We did a proper good planning at the beginning to give technical solutions and a good program of deliveries,” he said. “Logistics coordination was essential. There were times, when there were up to ten cranes, including the assembly teams, at the construction site at the same time. In total, some 3,000 truck loads of items were sent to the site by all parties. Peikko arranged to send one full truck a month of its deliveries to the precast factory and also to the construction site so that the customer would have the products they needed at that point and our production team would have enough time to prepare the next delivery,” Hernández said.

Designing the structure of the building took eight months and required modelling in 3D, and numerous calculations to get the geometric design right given the large number of joints and connections at different levels between elements. Completing the project took one year in total.

In order to enable a quick start of the construction process, the first deliveries of Anchor Bolts were sent to the construction site from Peikko’s Madrid warehouse. After the initial kick off of building work, the rest of the products were delivered to Valencia from Peikko’s factory in Slovakia, “At Slovakia some 20 employees were working on these deliveries and they worked perfectly according to the customer's schedules,” Hernández noted.

We are very happy with our cooperation with Peikko. There is trust between Peikko and Precon. Of course, our collaboration will expand in the future. This new project is also a construction of a very significant volume, We chose to use Peikko’s products also in this IKEA project because they are of very high quality and come with technical guarantees and quality certificates. Peikko has a wide range of precast connections, good technical service and logistical solutions – also at the global level. 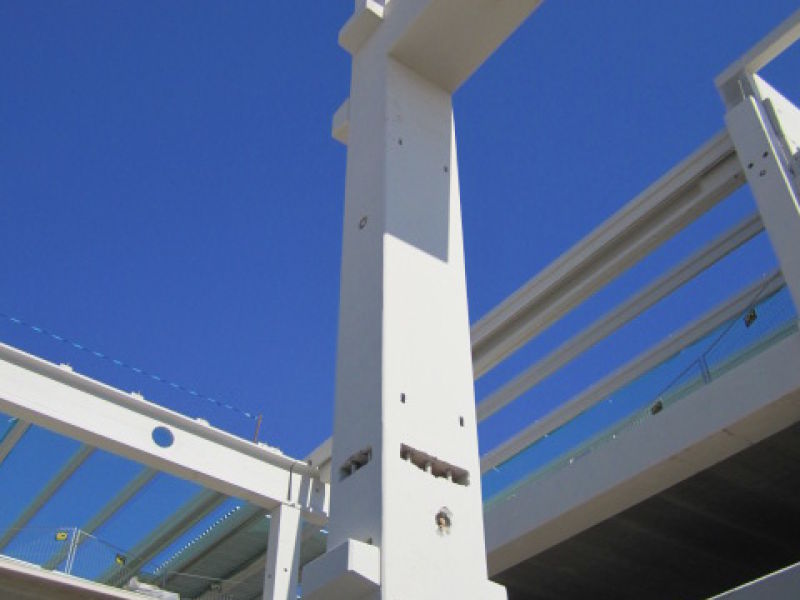 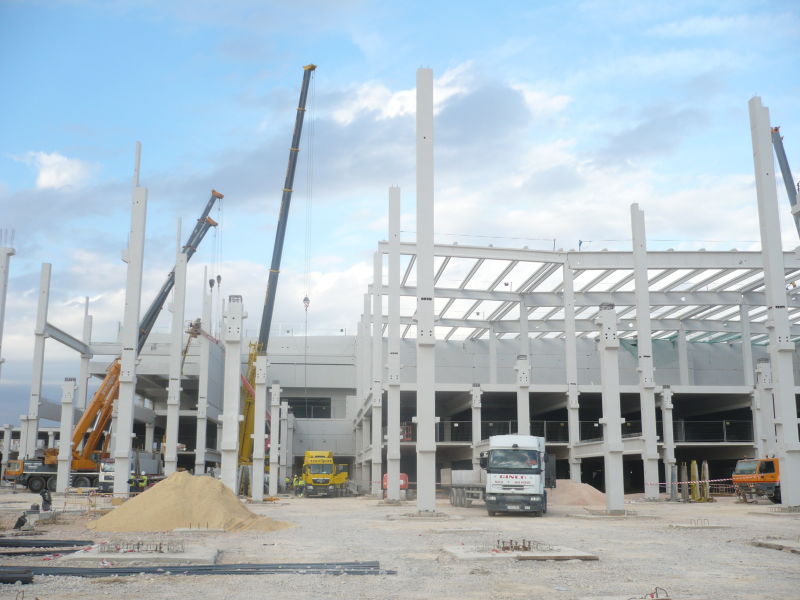 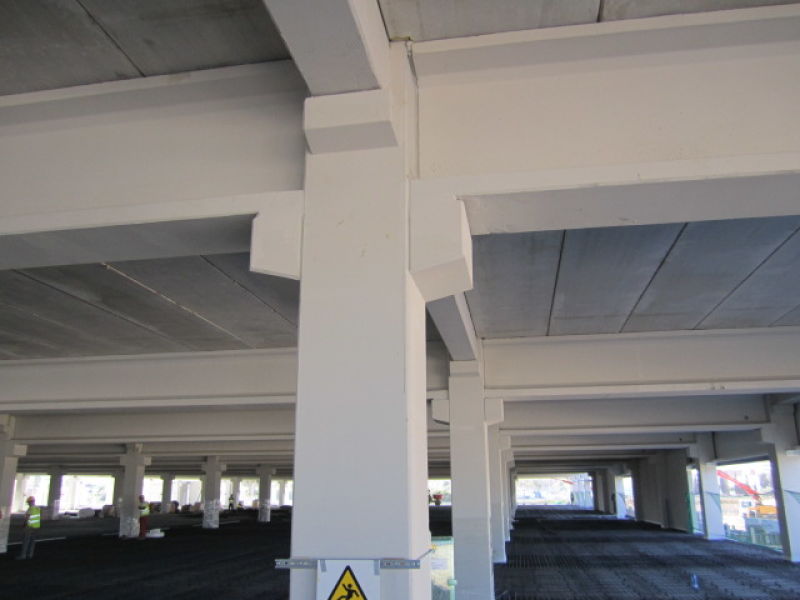 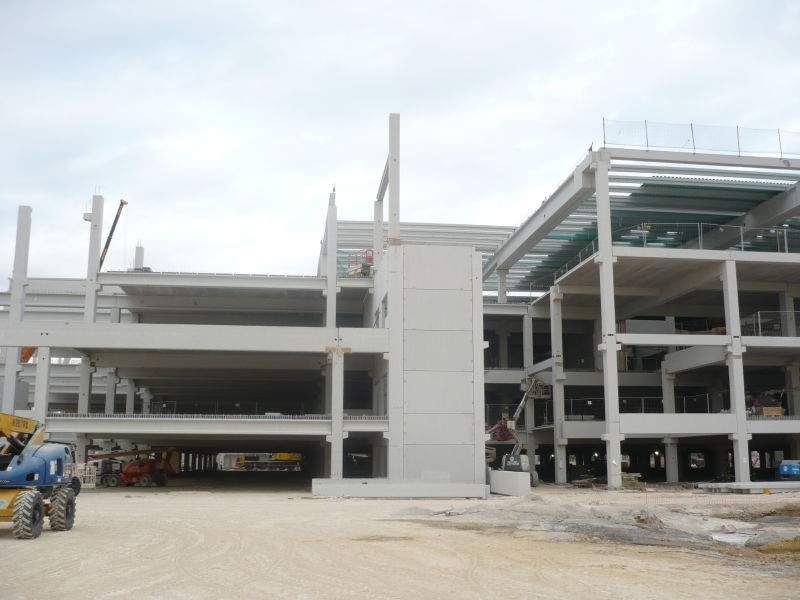